The heavy ion source RECRIS (Romanian ECR Ion Source) operates on the basis of the cyclotronic electronic resonance (ECR) phenomenon. In ECR type sources, the deep ionization of the gas atoms present in the plasma chamber is obtained by successive collisions with relatively high energy electrons, obtained by stochastic heating in an ECR type plasma, formed by resonant energy absorption from an electromagnetic field. of very high frequency and confined by the superposition of strong axial and radial magnetic fields with special configurations. 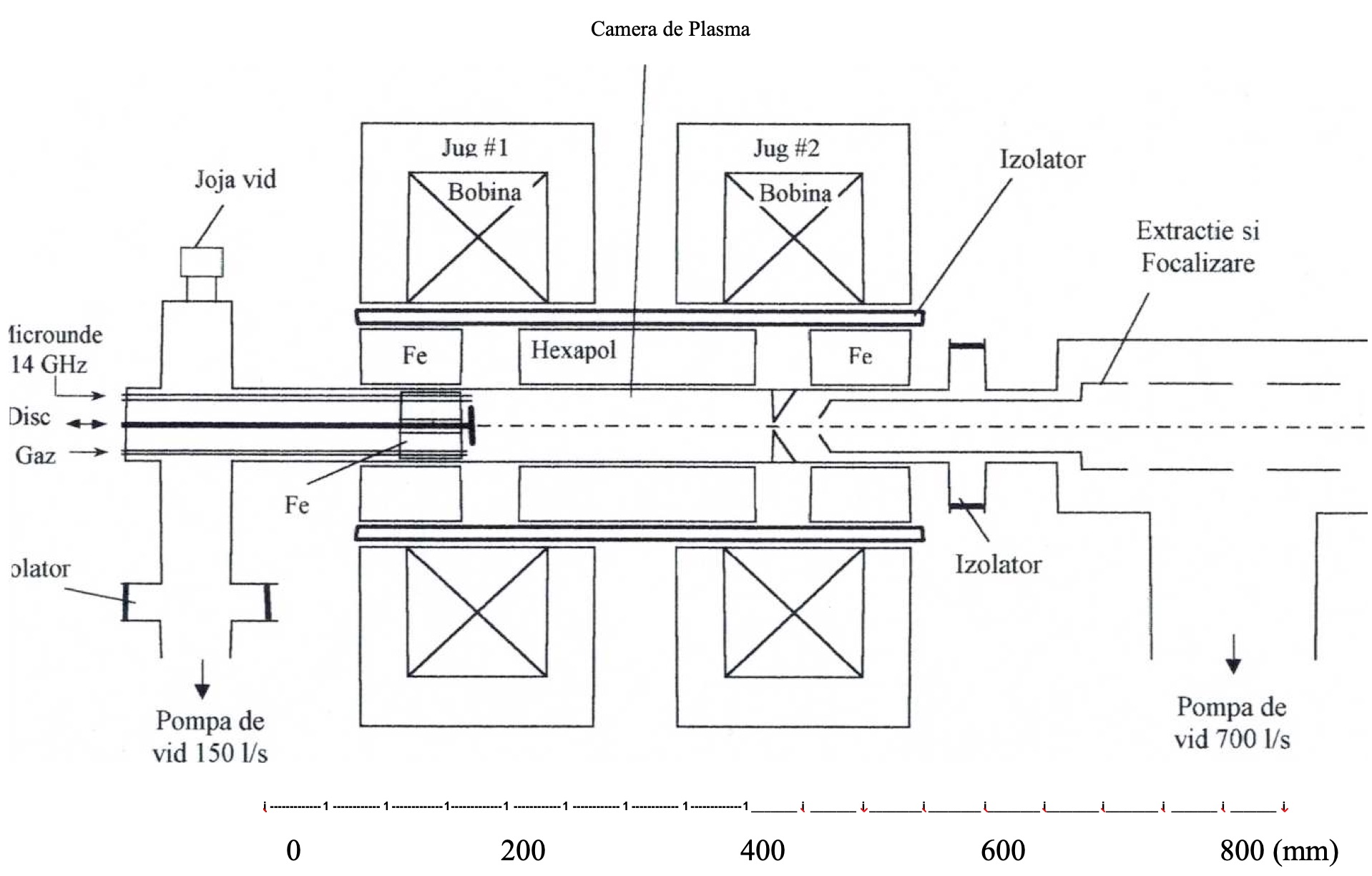 Ion creation in the ECR source

Fig. 3 The helical trajectory of electrons in the plasma chamber

Electrons in the ECR plasma follow helical trajectories along magnetic field lines. The frequency of local rotation around these lines of motion is described by equation (2.7), in the case of its adaptation for the electron it follows that:

The microwave generation system called KHPA-14 (Klystron High Power Amplifier) can provide microwaves with an easily adjustable frequency in the 14-14.5 GHz range, the generated frequency coincides with the resonant frequency in the electron velocity distribution at a magnetic field Bmin of about 1.2 T. The microwave generator is a Klystron tube also used as an amplifier. The microwave injection power into the plasma chamber is between 250-500 W, this being controlled by the operator in the built-in computer of the microwave system. The value of the injected power in the system is carefully controlled, continuously measuring the reflected power, which shows if the electrons do not absorb the injected power, this being reflected back by the walls of the plasma chamber. Under normal operating conditions the value of the reflected power must not exceed 2-3% of the injected power.

For the introduction of Cu atoms inside the plasma chamber of the source, the sputtering method was chosen because it allows the introduction of a large number of Cu atoms in the plasma thus obtaining a current of the obtained ion beam, satisfying the implantation requirements, also the sputtering method. can easily control from the operator's computer. A great advantage to make possible the implementation of this method is the fact that the changes inside the plasma chamber of this ECR source were minor, in other words it can be said that the source was prepared from its conception, for the implementation of a system of sputtering. 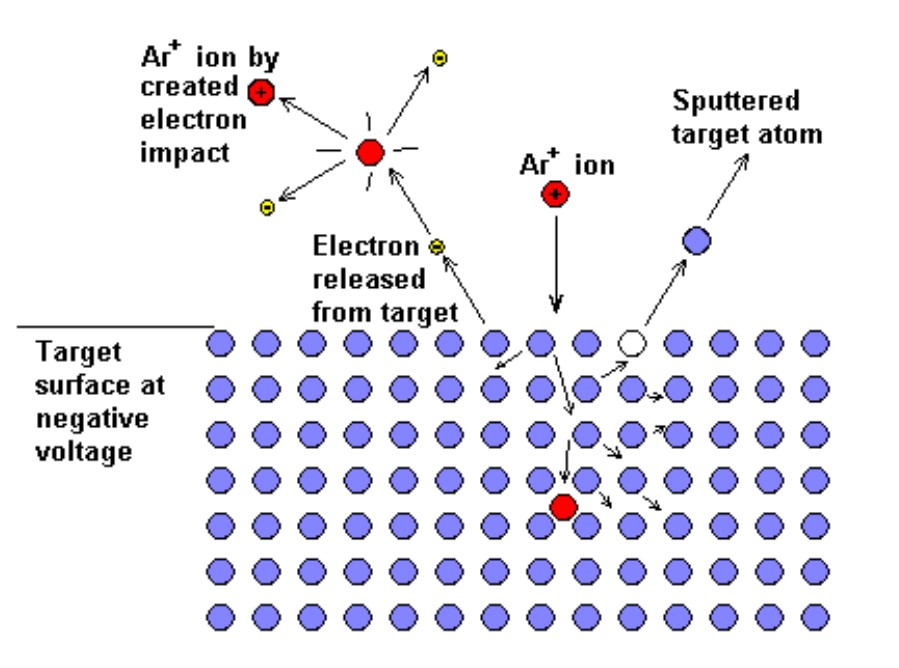 Fig. 4 The process of sputtering with Ar ions

Fig. 5a Arm inserting the Cu rod (right) into the mesh chamber 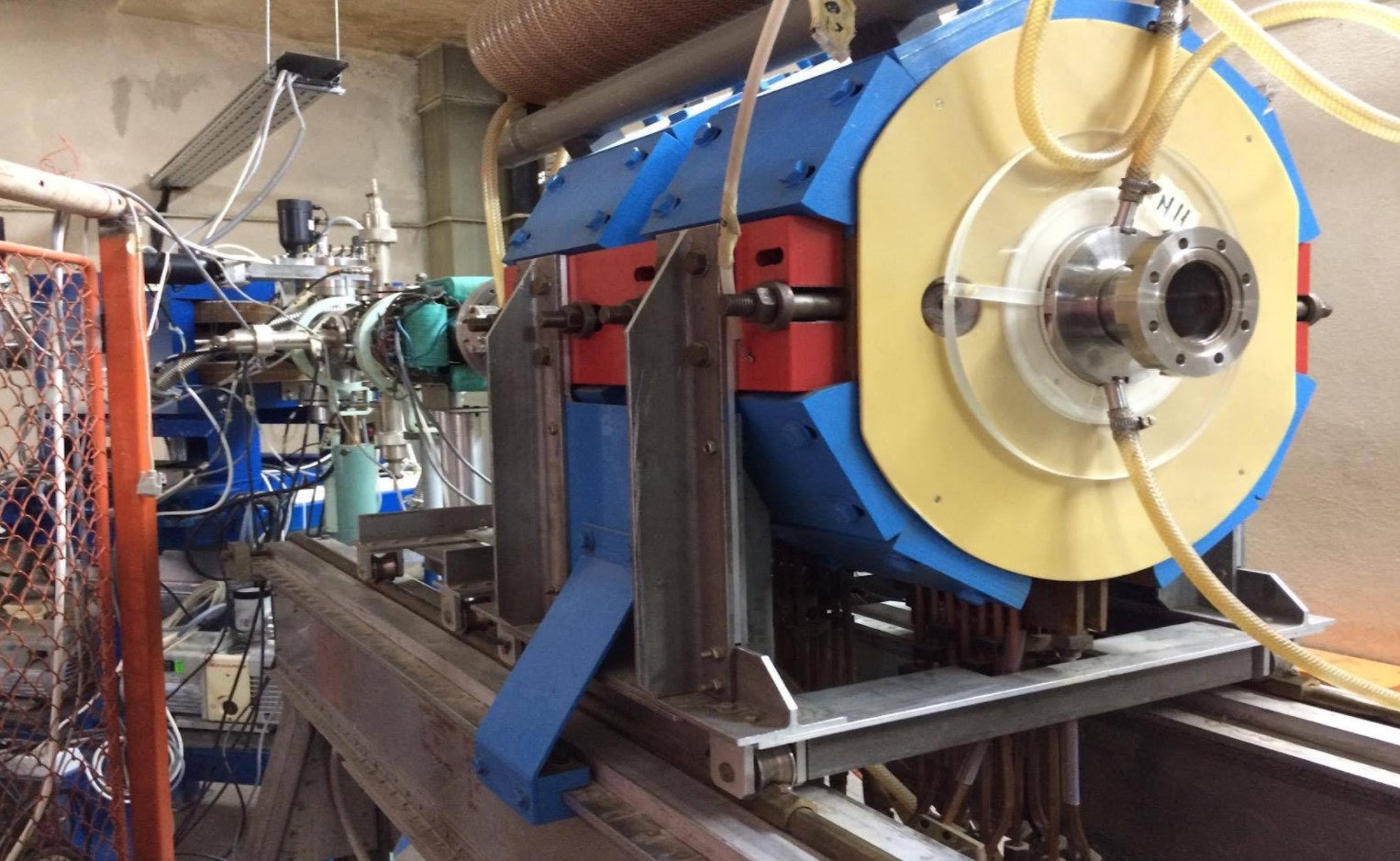 Fig. 5b ECR source with visible nozzle through which the Cu bar arm is inserted

The results obtained for the Copper ion beam

In the configuration described above, the ECR source implantation line was able to provide a Cu ion beam selected using the analyzer magnet with the following characteristics: Cu4 + ionization state Beam energy of 60 keV (at an extraction voltage = 15 kV) Beam intensity of ≅1.5 ÷ 5.5 μA 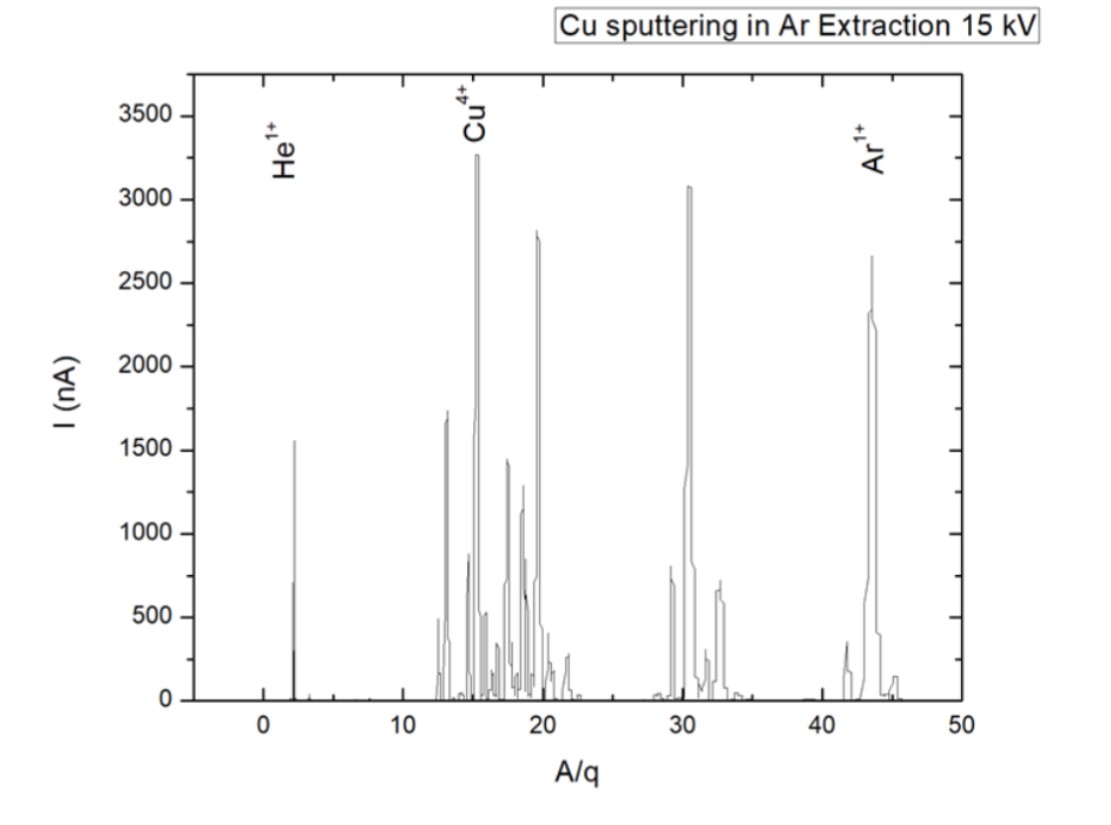